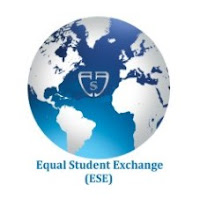 Reflecting back on the last 12 months...
The (ESE) Community has already made a number of initiatives and activities of engaging with student groups and universities.

The beginning, a vision of a more equitable system of international education
In essence ESE emerged from a simple vision: that students from developing countries should be able to gain the same opportunities to study overseas as students from any other countries. This vision for an equal exchange of students could be seen as a response to the disparity in purchasing power parity between developing and developed countries, the clear lack of information about study and scholarship opportunities, the difficulties in overcoming other obstacles such as visas and other organisational processes.

An innovative approach
The idea to have student networks assist other students is not necessarily unheard of. What makes Equal Student Exchange unique is that it involves a grassroots, community-based approach in which students who have had the opportunity to study overseas and have joined our community, contribute back to both their host and home countries.

Following the event representatives of Equal Student Exchange were invited to speak in various seminars and workshops about Equal Student Exchange, scholarships and study opportunities. ESE team members also helped to facilitate the Cross-Cultural Understanding Club (CCUC) at Universitas Gadjah Mada. Many acted as tutors and facilitators of the student society.

Other recent events
Throughout the year, Equal Student Exchange has continued to support grassroots student initiatives and in particular, those events which have supported students from developing countries. These events have included:

The 18th Asia-Pacific Model United Nations (AMUNC2012)
Equal Student Exchange was involved in the facilitating the participation of more than 100 international delegates in attendance at AMUNC2012. ESE was able to reach student groups from Pakistan, India, Bangladesh, Malaysia, Singapore, Indonesia, China, Thailand, Vietnam, New Zealand, Mexico and the U.S. Notably, it was Equal Student Exchange which was first able to reach the attention of the Pacific region. ESE successfully made contact with the student community of the University of the South Pacific (Fiji Campus). Because of ESE's contribution AMUNC2012 was the first Asia-Pacific Model United Nations Conference to engage with the Pacific.

The Conference of Developing Countries Partnership's Scholars and Academics 2012
In collaboration with the International Students Association of the Non-Aligned Movement (ISANAM-KNB) and Universitas Gadjah Mada, this conference was held as a forum for the discussion of the wide range of issues which are faced by the developing world. As a partner of ISANAM-KNB, ESE was proud to be involved in the promotion and in support of the event.

The First ASEAN-Australia Youth Summit (AAYS)
The AAYS was the first event of its kind to be held in Australia. The event has opened a new pathway for dialogue and collaboration between the many different student councils of Southeast Asia in Australia. Overall the AAYS can be seen as beginning a process of building a strong foundation of cooperation between the Southeast Asian student representative bodies in Victoria and more widely throughout Australia. 103 delegates attended the event.

The AAYS was driven through a joint effort from the South East Asian student council bodies of Victoria and Australia. This included the Malaysian, Indonesian, Vietnamese, Singaporean and Thai student councils. For more information, visit our article on the post-summit coverage of the event.

Final reflections and thoughts for the future:
Through this past year, Equal Student Exchange has been proud to contribute to the international student community and especially those student groups from developing countries who hope to study overseas. We have been glad to expand our networks, in gaining partnerships, affiliations and awards.  We hope that we can continue to make these positive contributions.

Stay tuned for upcoming events and how to become further involved in Equal Student Exchange. For further information see the about us section or simply contact us.

Posted by Equal Student Exchange at 08:03