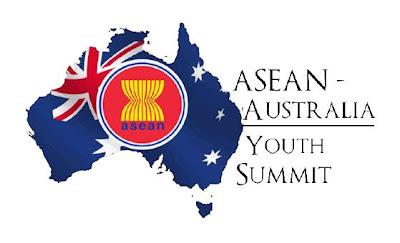 First ASEAN-Australia Youth Summit (AAYS)
On the 28th of July, Melbourne will host the 1st ASEAN-Australia Youth Summit (AAYS). The event, concerned with issues which affect our region will be unique in that it is the first of its kind to be held in Australia. It will be jointly hosted by the Victorian student councils of Malaysia, Indonesia, Vietnam, Singapore and Thailand. It is hoped that this participation will help develop strong ASEAN student leader communities and also facilitate closer cooperation between these groups and Australia. As a result, the event will also give students from Australia an important role to play. Applicants from Australian student bodies such as the National Union of Students (NUS), as well as individual students are invited to apply for a chance to represent Australia at the summit.

Need for an ASEAN-Australia Agenda
Too often in the past, many events in Australia organized by various ASEAN student bodies have been overly focused on participants from their own countries. This has been mainly due to the funding constraints as well as the absence of an organization with the capability to bridge the gap. Moreover, there has not been much interaction between the international student leaders and Australian student leaders. Thus, the ASEAN-Australia Youth Summit (AAYS) endeavours to connect ASEAN and Australian youth leaders in Australia together, via the ASEAN-Australia Agenda. The founding members of the Agenda are MASCA Victoria (Malaysians), PPIA Victoria (Indonesians), MOVSA (Vietnamese), TSV (Thais) and SOV (Singaporeans). We have also gotten the support from the national councils of the ASEAN communities mentioned above.

The Agenda aims to:
1. Establish a strong community of ASEAN youth leaders in Australia
2. Strengthen the ASEAN-Australia relations, especially at the youth leader level
3. Enhance ASEAN identity in Australia

The main purposes of ASEAN-Australia Youth Summit are:
1. To provide the first platform for leaders of ASEAN-root and Australian student bodies to meet each other
2. To enable discussion about potential collaboration opportunity

Apart from the Australia Ambassador to ASEAN, Gillian Bird, Ambassadors and High Commissioners of all the ASEAN countries, there will be 100 student delegates who are student leaders in various ASEAN-based peak representative councils and affiliated university organisations, and also outstanding individuals who will be selected via a competitive selection process. Programme of the day can be viewed here.

ASEAN Students' Council Australia (ASCA)
The founding members are also in the preparation to form a national body for the ASEAN students in Australia, namely the ASEAN Students' Council Australia (ASCA). It will be the liaison and representative body for all the ASEAN students, working closely with the existing ASEAN-based peak representative councils at state and national level. The Pro Tem Council will be launched during the Youth Summit.

For more information please visit the AAYS website
Or contact us at:
info@aseanausyouth.com
Posted by Equal Student Exchange at 17:52